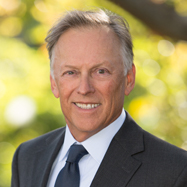 Mr. Diehl began his practice in 1978 as an attorney in the litigation department of the Southern Pacific Transportation Company in San Francisco, representing the railroad’s interests in various litigation matters throughout Northern California. He was an associate with a San Luis Obispo business law firm from 1980 through 1982. He opened his own office in October of 1982 and developed a successful and diverse practice, emphasizing commercial, business and real property transactions and litigation, and general business law matters. He currently belongs to several professional associations, including the State Bar of California, the San Luis Obispo County Bar Association, and the National Association of Railroad Trial Counsel. He was the past chairman (1990) of the Governing Committee for California Continuing Education of the Bar, having served on that committee the previous four years. He has served as a member of the Business Law section of the California State Bar Committee on Continuing Education, and as a Trustee of the San Luis Obispo County Law Library.