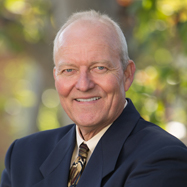 Mr. Rodewald was admitted to the California State Bar in 1979 and joined a San Luis Obispo business law firm shortly thereafter. In 1982, he left that firm to become in-house regulatory counsel for a consortium of telecommunications firms. In that capacity, he represented those clients before the Federal Communications Commission and other regulatory agencies. He returned to private practice in 1984 and co-founded Diehl & Rodewald in 1985. For over 35 years, he has represented a broad range of businesses, professionals and service providers, with an emphasis on business and real property transactions, environmental matters, and employment matters. A member of the State Bar of California and San Luis Obispo County Bar Association, he has also served as Trustee of the San Luis Obispo County Law Library.