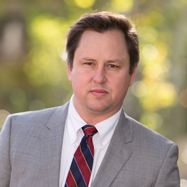 Sean Nagel joined Diehl & Rodewald as an associate in 2011. Mr. Nagel received his B.S. degree in Biology from the University of California at San Diego in 2003 and subsequently received his J.D. degree from Boston University School of Law in 2006. He was admitted to the California State Bar in 2007 and to the Hawaii State Bar in 2009. Prior to joining the firm, Mr. Nagel practiced general civil litigation in Los Angeles, with an emphasis on employment law, wage loss, and personal injury. He is a member of the San Luis Obispo County Bar Association and the State Bar Association of California. His practice focuses on business transactions and real estate law, as well as general civil litigation.